Kurdish institutions face increased pressure with the approach of Turkish presidential elections. The Turkish government's latest action has been to dismiss Abdullah Demirbas, mayor of the district of Sur, and to dissolve the Sur municipal council.

Sur is one of the districts of Amed (Diyarbakir in Turkish), a city in south-eastern Turkey located 100 kilometres from the Syrian border. The Turkish Ministry of the Interior has justified its actions by denouncing the multilingual services that the district offers to the local population and tourists alike. Demirbas claims that the decision was clearly politically motivated.

The services provided by the Sur municipality include bilingual publications for children (in Kurdish and Turkish), tourist guides in six different languages, a promotional video on Amed called 'A Gateway to Peoples' (in Turkish, Kurdish and English), and the Kurdish version of Linux Ubuntu freeware. According to official sources, approximately 72% of Sur inhabitants speak Kurdish regularly, while 24% speak Turkish and 3% Assiry.

In response to the extreme measures taken by the Turkish government, 54 mayors from the Democratic Society Party (DTP), widely-supported in the region, signed a letter supporting their colleague and describing the action of the Turkish government as a “human rights violation” and an “example of deeply offensive discrimination.” They urge Ankara to give recognition to Kurdish and to support it "as a language of Turkey.”

The mayor removed by the Turkish government, Abdullah Demirbas, has always spoken out in favour of greater linguistic diversity in Turkey, and has been particularly active in defending the rights of the Kurdish people to use their language in everyday life. As a result, he has been the object of numerous government investigations in the past and on several occasions he has been accused – without any evidence – of making propaganda for the Kurdistan Workers Party (PKK), now illegal and considered a terrorist organization by the Turkish government.

Last November, CIEMEN members were able to confirm first-hand that the reforms introduced by the Turkish government to increase linguistic and national diversity in Turkey are totally insufficient. Any attempt to promote the rights of the Kurdish population, and particularly their linguistic rights, is immediately suppressed. 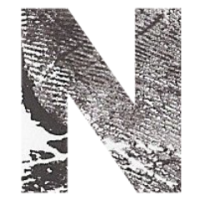