Exceptionality caused by the coronavirus health crisis has pushed the Ostana Prize—a reference for minority languages and literatures— to hold its 2020 edition in an unusual way. The festival, which traditionally takes place in the Occitan village of Ostana (Valadas Occitanas, Piedmont), is this year being held online. On 5 and 6 June, the Ostana Prize is broadcasting more than 20 activities, including live interviews, conferences, literary readings, and documentaries, for a total 15 hours.


In this year’s programme, the Indigenous languages of the Americas have a prominent role, such as Shuar, Cheyenne, or Innu, a language spoken in Quebec which is featured, along with poet Josephine Bacon, in a documentary to be broadcast in this 2020 edition.

A broad presence of minoritised languages of Europe is also foreseen. This includes Breton, Catalan, Basque, obviously Occitan with a tribute to language among other activities, but also less spoken ones, such as southern Italy’s Griko through music, or Sardinia’s Tabarchino in a recital with four other languages.

Broadcasts on languages spoken in Africa (a conversation on Kabyle Amazigh, and a live interview on Yoruba) and in Oceania (with the reading of a story in Maori and the broadcast of a documentary with Australian and Hawaiian protagonists) are also scheduled.

The award is organised by cultural association Chambra d’Òc and receives support from other Occitan organisations and several public administrations. This year's edition will not have winners, but will bring together virtually all those who have been awarded in the 11 previous editions. Since 2008, the award has collected voices from 37 different languages from the five continents.

The organisation of the festival has decided to save this year's nominations for the 2021 edition, which it hopes to carry out as usual in Ostana. For this village of just over 80 inhabitants of the Valadas (Occitan language valleys, administratively belonging to Piedmont, in Italy), the festival is the event of the year. 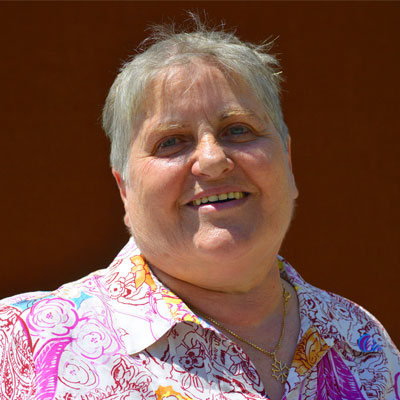 Ines Cavalcanti is the artistic director of the festival, a member of the organising committee, and one of its founders. Cavalcanti was born in Elva (like Ostana, one of the villages of the Valadas). Since the 1970s she has been working in several organisations working for the Occitan language and culture.

Nationalia: What is the aim of the festival, and why was it launched?

Ines Cavalcanti: The Ostana Prize has reached its 12th edition. 11 have already been held in Ostana, with a formula inviting eight artists in eight sections. In premioostana.it you can find all the materials of the 11 anthologies and the videos with the origins of the writers. This year’s edition is a special one that doesn’t have awards, but wants to recover the network of artists that have been invited to Ostana during the previous 11 years, with the aim of calling the world’s attention to the network that has been created over time. The Ostana Prize itself aims to put the spotlight on the issue of languages in trouble, which are different from the majority languages of the states where they are found, and also on their right to survive.

N: In the documentation for the Ostana Prize, the link between languages, ecology and diversity —it is introduced as a “festival of linguistic biodiversity”— is stressed. Why is this link important?

I. C.: Never before has it been understood to this extent that everything in the world is interconnected, and that it is important to maintain a balance between body and mind, between the land and the people who inhabit it. Language is a fundamental element: it is found everywhere, in toponymy, in legends, in everything that surrounds us. The Prize will include the testimony of the Innu poet Josephine Bacon, who has been awarded the Ostana Prize, who explains in a pragmatic and simple way how a particular people can be destroyed thinking that good is being done to it. We have asked the artists who have been coming to Ostana to send us messages about the contemporaneousness we are living. Listening to these texts, you can understand how important the relationship between languages and territories is. Also the book we will present, by Valentina Musmeci, makes a contribution in this sense. In fact, the whole 2020 award is soaked in witnesses that go in this direction, because this is the reality. And we hope that it will be well understood.

N: The Prize is usually held in Ostana, one of the Occitan-speaking villages of the Valadas. What is the current situation of the language there?

I. C: The Occitan language in the valleys is absolutely in decline. I was born in 1951. In the valleys, then, only Occitan was spoken; Italian was not known. When I went to school, I was monolingual.

When the Occitan Autonomy Movement was born in 1968, all the people in the valleys spoke Occitan, and it was difficult for anyone not to know it. Today, Occitan is still widely spoken because a generation like mine is still present. But as we look onto younger people, it is less and less spoken, until we reach the current generation in which children who speak Occitan can be counted on the fingers of one hand.

But, how could it be otherwise? Law 482 is totally unenforceable, whether in schools or the media, nor is it present in the university. 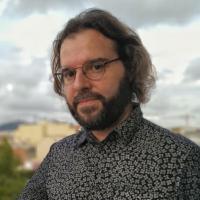